City Montessori School (CMS) is a co-educational English school in Lucknow, India. Founded in 1959, it’s well known for being the world’s largest school, with 55,547 pupils (as of January 2019) across 18 campuses. Affiliated with the University of Cambridge and the Associated Board of the Royal Schools for Music, and the recipient of the 2002 UNESCO Prize for Peace Education, CMS has a global reputation for excellence.

Until January 2018, City Montessori Schools had been using the same management information system (MIS) for five years. However, each campus had customised the MIS over that time, to suit its individual needs. This meant silos of inaccessible, inconsistent, incomparable data – pupil assessments, for example – were trapped in each campus.

Without consistent, comparable data, it was impossible to evaluate the performance of individual campuses.

As a result, the school leadership team was unable to make effective decisions for the school as a whole or meet its education technology goals: the standardisation of assessment and reporting formats across all schools, and to have a set of consolidated management dashboards.

After a lengthy review, Capita was chosen to implement our SIMS education software, to create a singular, school-wide, standardised and cloud-hosted MIS.

Due to the size of the school, standardisation and repeatability were absolutely key – assessment and report card formats, for example, had to be standardised to fit one template. And a single, centralised management reporting dashboard would provide a full view of critical information, such as admissions and assessments, across the campuses. These would allow the school’s management team to make data-driven decisions.

There was a huge volume of data and only a short time available to handle it. Eighteen school campuses held information for almost 56,000 pupils, which needed to be converted from all the different existing systems into one SIMS system – in just seven months. And because the school year was in progress, the generation and use of pupil data was ongoing. Timely and transparent communication and teamwork within Capita – and between Capita and CMS – was essential.

We set up a single project management office, involving all the key school stakeholders, to oversee the schedule and manage and a global project team with identified resources in India and the UK. And to address the challenge of working during term time, we staggered our approach across the campuses.

Read the full case study to find out what the impact was. 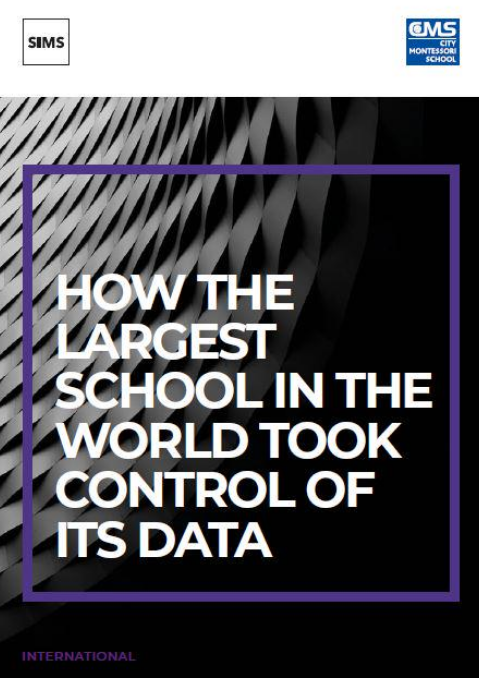